McGill must not close its Conservatory of Music 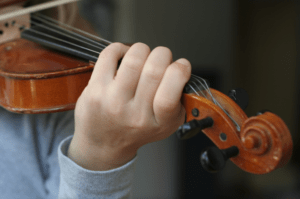 The McGill Course Lecturers and Instructors Union was dismayed to learn of the planned closure of the University’s Conservatory of Music at the end of this summer. “The administration must change course and reconsider its decision,” says union president Raad Jassim. “The Conservatory of Music has nurtured the passion of young musicians for generations. It must be protected. It’s as if McGill were cutting off the sources of inspiration to budding artists who might well go on to pursue graduate studies in music.”

The administration’s arguments for killing this 118-year-old institution appear flimsy. The union disputes that there is a lack of space at the university. It also questions the argument that there has been a decline in enrolment, given that no effort has been made since the end of the pandemic to promote enrolment and bring the student numbers back to previous levels.

Education is not a commodity

This is a textbook example of the commodification of education. “The pursuit of profit at all costs is not compatible with the university’s mission and unacceptable in a democratic society,” says Christine Gauthier, vice-president responsible for universities at the Fédération nationale des enseignantes et des enseignants du Québec (FNEEQ-CSN). “All of society will lose out if the McGill Conservatory of Music closes.”

A hundred members of the McGill Course Lecturers and Instructors Union will be directly impacted by the closure of the Conservatory of Music. The union has called an emergency general meeting tonight to assess possible actions in order to reverse the decision.